The UK’s National Media Museum has digitized a collection of the Spirit Photographs of William Hope, one of the most well-known spiritualists and practitioners of spirit photography in early 20th century England. The classic spirit photograph captured the likeness of a living person or people, and the eerie spirits who accompanied them. These ‘spirits’ were created by multiple exposure techniques. All of Hopes’s photographs uploaded to Flickr Commons are dated 1920.

The image below is a very typical example of a Hope spirit photograph; a sitter and a spirit are posed in front of a dark background. The curator’s notes say that the reverse of the photograph reads “Why is the child always pushing to the front?’ and ‘Do we get messages from the higher spirits?” – possibly questions that the sitter had for her ghost.

The image below is the only example of a mourning photograph in the online Hope collection; it depicts a woman and her son standing by their deceased husband and father, whose ‘ghost’ is also visible.

This unique spirit photograph a couple pose by their car, which is occupied by the ghost of the dead son. 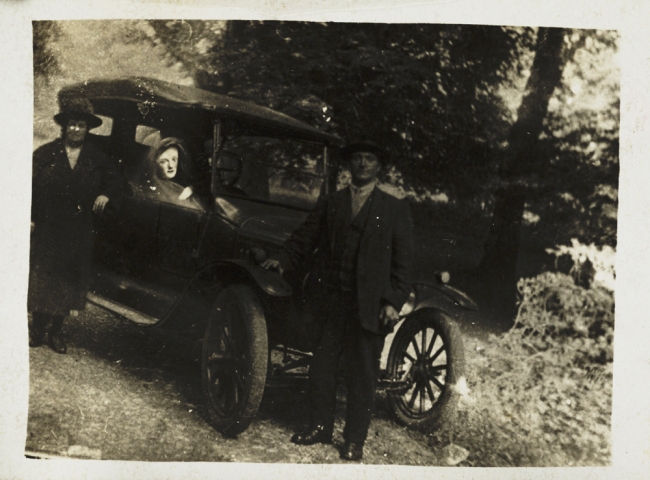